A bar owner and others have been arrested for lying on behalf of a tax return despite not being qualified as tax accountants. The Metropolitan Police Department believes that the men were involved in the fraudulent receipt of over 100 million yen in sustaining benefits. 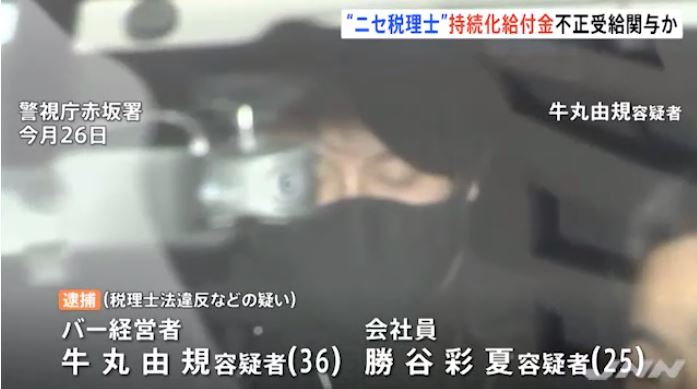 The suspects, Ushimaru (36) and Katsuya (25), were arrested on suspicion of violating the Certified Public Tax Accountant Act. They are suspected of preparing false tax returns for seven men and women and applying for tax returns on their behalf, even though they are not certified tax accountants.

According to the Metropolitan Police Department, the suspects falsely claimed to be sole proprietors and filed tax returns claiming they had no income in order to qualify for the benefits.

The Tokyo Metropolitan Police Department believes that Ushimaru and others filed tax returns on behalf of more than 100 people and were involved in the illegal receipt of more than 100 million yen in total.