KAGOSHIMA – On the morning of the 2nd, a large truck fell off a bridge on a national highway in Satsumasendai City, Kagoshima Prefecture. 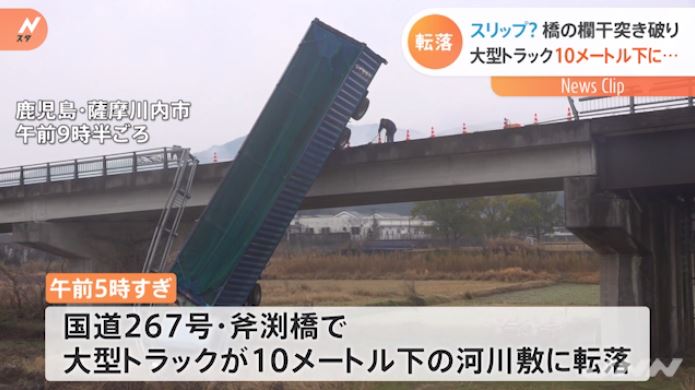 A truck fell off a bridge yesterday, and it broke through the parapet and plunged into the riverbed below.

According to the Satsumasendai Police Station, shortly after 5:00 a.m. on the 2nd, a large truck crashed through the parapet of the bridge at a bridge on National Route 267 in Satsumasendai City. The driver of the truck, a man in his 40s, was not injured and told the police that he slipped on the icy road.

The scene is a gentle curve with one lane on each side, and police are investigating the cause of the accident in detail.