On the 3rd, more than 100,000 cases of the new coronavirus were announced nationwide for the first time, the largest number ever. In addition, the total number of infected people has exceeded 3 million nationwide. 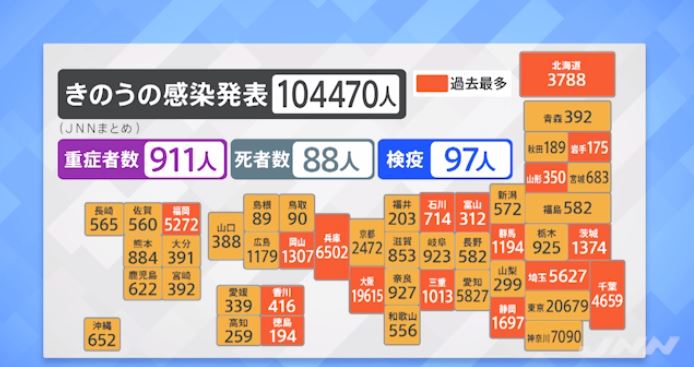 The number of newly announced cases in Tokyo was 20,679, exceeding 20,000 for the second day in a row. The hospital bed utilization rate was 53.1%, up 1.7 percentage points from the previous day.

The number of infected people hospitalized nationwide who are considered seriously ill has increased by 25 from the previous day to 911. The number of new deaths is reported to be 88.