On the 10th, it was announced that nearly 100,000 people have been newly infected with the new corona. The number of new deaths is 164, the highest number ever. 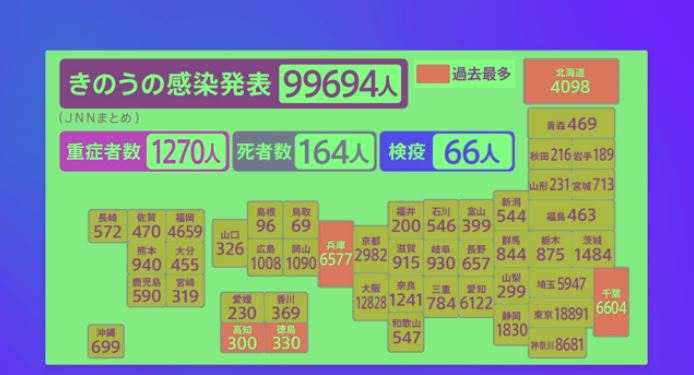 In Tokyo, 18,891 new infections were announced on the 10th. Although the number of infections is still high, it is 1,788 less than last Thursday, and has been below the same day of the previous week for two consecutive days.

Nationwide, 99,694 new infections have been announced. A record number of cases have been reported in Hokkaido, Chiba, Hyogo, Tokushima and Kochi.

In addition, the National Police Agency has found that 151 of the deaths treated as “strange deaths” by police nationwide last month were infected with the new corona. In December last year, there were three cases, a 50-fold increase. By prefecture, Tokyo has the highest number of cases with 35, followed by Osaka with 25, in proportion to the number of infected people.