Yesterday, the number of people infected and killed by the new coronavirus was announced to be 236 nationwide, a significant increase from the previous record. 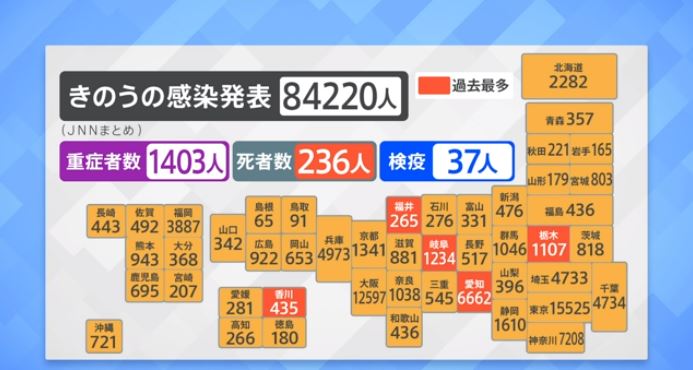 The number of newly infected people announced by the Tokyo Metropolitan Government yesterday was 15,525. This is a decrease of 1,588 compared to last Tuesday, and the average number of new infections in the last seven days has also decreased by about 20%. On the other hand, 16 people died, the highest number since the beginning of the sixth wave.

According to a summary by JNN, 84,220 people were reported infected nationwide yesterday, a record number in five prefectures including Aichi.

A total of 236 new deaths were announced nationwide, the highest number ever recorded in a single day, more than 70 more than last Thursday’s 164 deaths.