MIE – Today morning, at a junior high school in Nabari City, Mie Prefecture, a male student in the second grade was injured when a student in the same grade slashed him with a kitchen knife. The suspect ran away, but was found and taken into custody about four hours later. 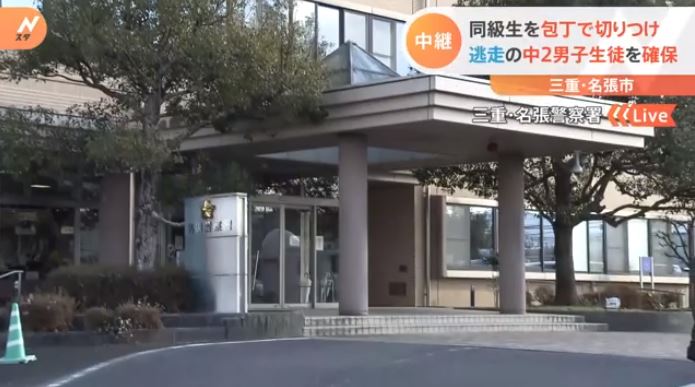 Just before 10 a.m. today, a junior high school in Nabari City, Mie Prefecture, called 119 to report that a student had been stabbed with a knife and was injured.

The student who slashed him then fled the scene, but four hours after the incident, just after 2:00 p.m., a police officer found him walking with another student in Nabari City and took him into custody. The police are planning to arrest the student on suspicion of injury.

The male student who was slashed was wearing a school uniform at the time of the incident, but was wearing a black jersey when the police officers found him. The knife had a blade length of about 13 centimeters and was found inside the school.

The Nabari City Board of Education is expected to hold a press conference at 4 p.m. to explain the situation in detail.