More than 83,000 new cases of the new coronavirus have been announced nationwide today. 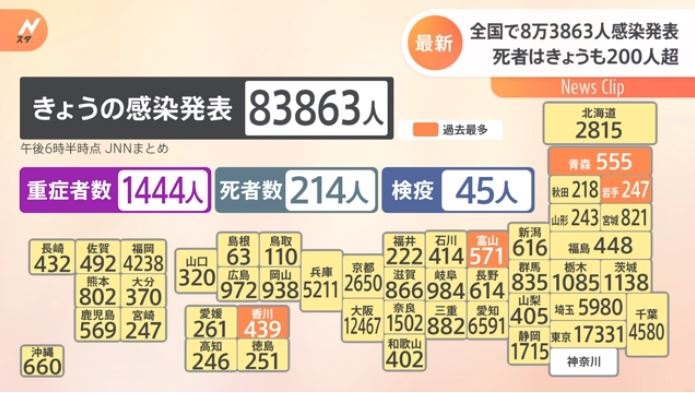 The Tokyo metropolitan government announced today that 17,331 people have been newly infected, the eighth consecutive day below the same day the week before. The average number of new infections in the last seven days was 15,082, about 80% of last week’s total.

In addition, 12,467 people in Osaka, 6,591 in Aichi, and 5,980 in Saitama have been reported to have been newly infected nationwide, with four prefectures, including Kagawa and Iwate, reporting record numbers.

The number of seriously ill people hospitalized nationwide has increased by 41 from yesterday to 1,444, and 214 deaths have been announced.