A teenage student infected with corona dies in Saitama City 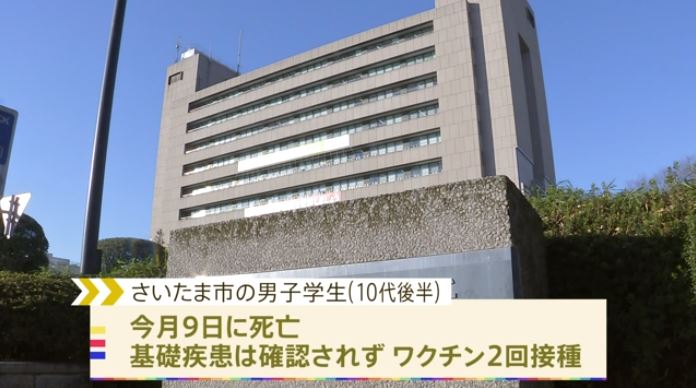 According to Saitama City, the person who died on the 9th of this month was a male student in his teens living in the city and had no underlying medical condition. The cause of death is disseminated intravascular coagulation syndrome, which is caused by blood clots and bleeding in the body due to the new corona infection, and there is also a possibility of complications other than the new corona.

The male student had a fever on the 2nd of this month, and when he visited a medical institution on the 3rd, he was found to be positive for a new type of corona and was recuperating at home.

He had a fever of over 40 degrees Celsius, and on the 7th of this month, his condition suddenly changed as he lost consciousness, and he was hospitalized at a medical institution outside the city. The student had received two doses of the vaccine in October last year.

According to Saitama Prefecture, this is the first time that a teenager infected with the new corona has died in the prefecture.