Nationwide, 80,364 new cases of the new coronavirus were announced yesterday. 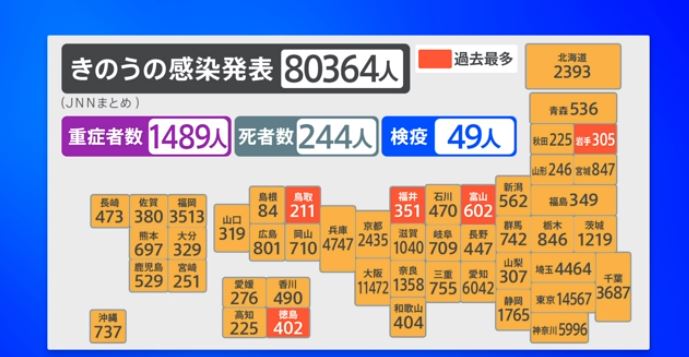 While the number of infected people in Tokyo is on a downward trend, five prefectures across Japan, including Toyama and Tokushima, have seen record numbers of cases.

After Tokyo, 11,472 people were reported to be infected in Osaka and 6,042 people in Aichi, leaving 1,489 people hospitalized in Japan, 15 fewer than the day before last. The newly announced death toll was 244.