KAGOSHIMA – A man who was the boyfriend of a mother who lived with her was arrested on suspicion of manslaughter in the case of the death of a then 4-year-old girl in Izumi City, Kagoshima Prefecture, two and a half years ago. 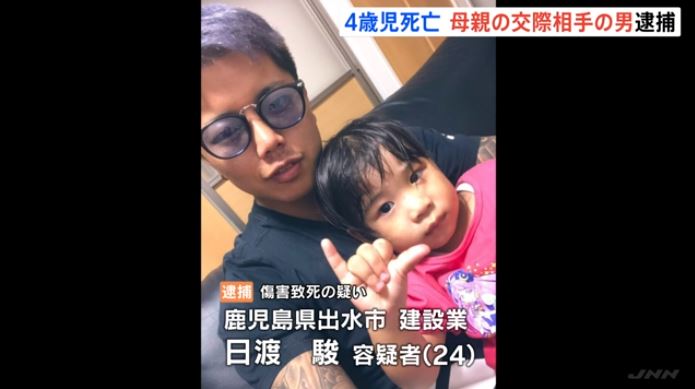 The suspect, Shun Hiwatari (24), a construction worker in Izumi, Kagoshima Prefecture, was arrested. According to the police, in August 2019, the suspect allegedly assaulted the head of Rirai Otsuka (then 4), the eldest daughter of a girlfriend with whom he was living, causing subarachnoid hemorrhage and other injuries, and drowned her in the bathroom.

At the time, the suspect was arrested for hitting Rirai on the head the day before her death, but he was released pending disposition. The police continued their investigation, and based on the results of appraisals by more than five people, including an autopsy doctor, they determined that the subarachnoid hemorrhage was caused by an external force, and arrested him yesterday.

In this case, the way the child guidance center and the local government dealt with Rirai, who was suspected of being abused, was questioned, and last year, a committee in Izumi City recommended measures to prevent a recurrence.