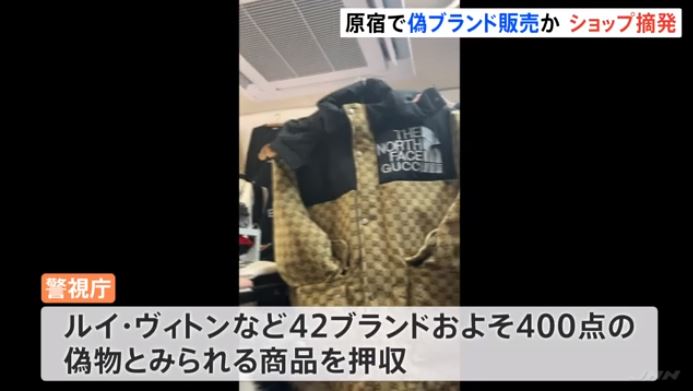 A 46-year old Nigerian national who runs an apparel store on Takeshita-dori in Shibuya Ward, was arrested on suspicion of violating the Trademark Law and was suspected of possessing four fake hats of the Italian luxury brand GUCCI for sale the day before last.

The Metropolitan Police Department has seized approximately 400 fake products from the store, including 42 brands such as Louis Vuitton.

The suspect is believed to have lured junior high and high school students who came to Tokyo on school excursions to the store and sold at least 8 million yen since 2018.

When questioned, the suspect partially denied the charges, saying, “I mainly imported the products from China” and “I didn’t know they were fake.