University student arrested for drunk driving on electric scooter: “I knew it would be considered a vehicle.

TOKYO – A 22-year-old male university student was arrested by the Metropolitan Police Department for driving an electric scooter after drinking alcohol on the streets of Minato Ward, Tokyo. 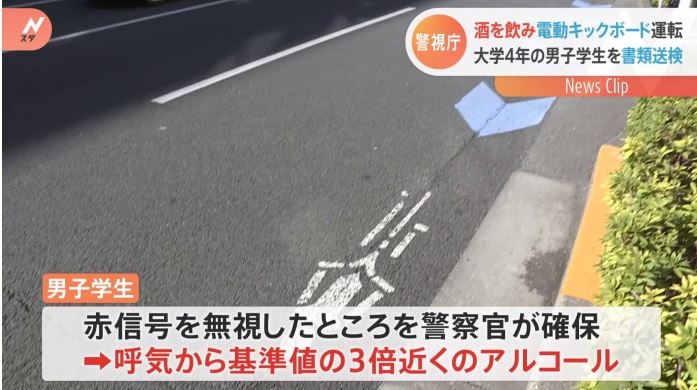 University student arrested for drunk driving on electric scooter: “I knew it would be considered a vehicle. (N Star)

A male student, 22, a senior at a university in Itabashi Ward, was brought to the police station today on suspicion of drunk driving. He is suspected of having been drinking and driving an electric scooter on a street in Hamamatsucho, Minato-ku, just after 1 a.m. on the 11th of last month.

According to the Metropolitan Police Department, when police officers secured a male student who had ignored a red light, they detected nearly three times the standard level of alcohol in his breath.

When questioned, the male student admitted to the charges, saying, “I knew that an electric scooter is considered a vehicle.

Last year, there were 68 accidents involving electric kickboards in Tokyo, and the Metropolitan Police Department is stepping up its crackdown.