A 38-year-old man was arrested for the murder of a 71-year-old woman in Midori City, Gunma Prefecture.

GUNMA – In the case of a 71-year-old woman who died yesterday morning in Midori City, Gunma Prefecture, the police have arrested her 38-year-old eldest son on suspicion of murder. 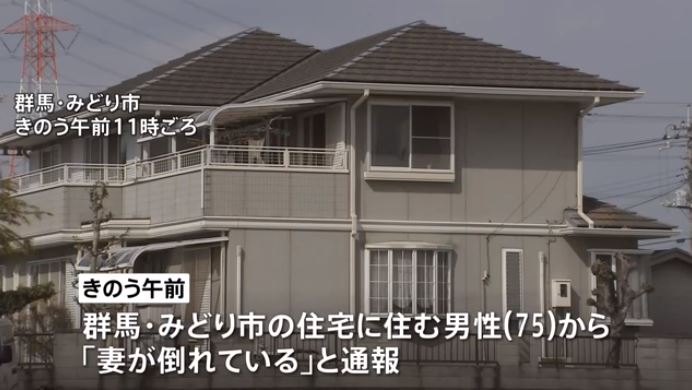 A 38-year-old man was arrested for the murder of a 71-year-old woman in Midori City, Gunma Prefecture (TBS News)

Yesterday morning, February 27, a man living in a house in Kasagake-cho, Midori City, called 119 to report that his wife had collapsed, and that his wife, Miyoko Arai, 71, had been stabbed to death.

According to the police, Hiroaki, who lives with his parents, is suspected of stabbing Miyoko several times in the chest with a sharp knife in the early hours of today, killing her.

During the interrogation, the suspect admitted to the charges, saying, “I got mad when my mother warned me about something, so I killed her.”