HOKKAIDO – A man was stabbed to death at JR Asahikawa station in Hokkaido. Police arrested a Vietnamese man living in Asahikawa city on suspicion of murder on the morning of the 28th. 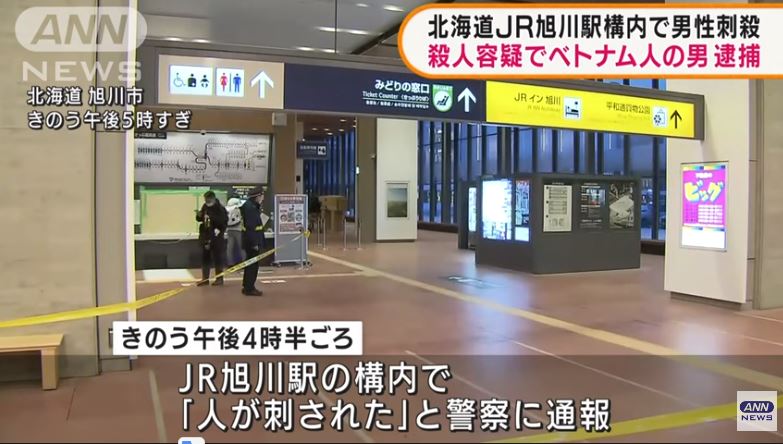 At around 4:30 p.m. on the afternoon of the 27th, the police received a report that a person had been stabbed inside JR Asahikawa Station.

The stabbing victim, Tan Van Gia, a 35-year-old Vietnamese, was rushed to the hospital in an unconscious state and later died. Tan had been stabbed in multiple places.

The man who stabbed the victim escaped with the knife, but police arrested Nguyen Ngoc Trung, 24, a Vietnamese national living in Asahikawa City, on suspicion of murder on the morning of March 28.

There was an eyewitness report that the two had been arguing just before the incident, and the police are investigating the motive.