A Vietnamese woman has been arrested for selling phone cases that were falsely claimed to be from the luxury brand Louis Vuitton. 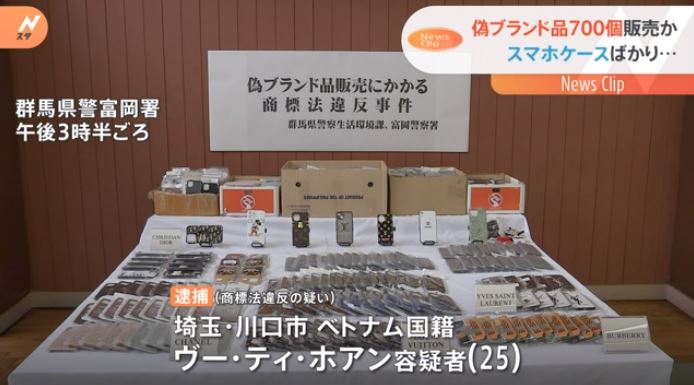 The suspect, Vu Thi Hoang (25), a Vietnamese national, was arrested on suspicion of violating the Trademark Law, and is suspected of selling two smartphone cases for approximately 6,300 yen, falsely claiming to be from the French luxury brand Louis Vuitton.

When the police investigated the sale of luxury brand phone cases at low prices on an Internet flea market site, they found that the suspect, Hoang, was selling fake products.

The suspect has admitted to the charges during the interrogation, and the police are investigating additional crimes, believing that she sold 700 phone cases falsely claiming to be from a luxury brand, and made over 1.2 million yen in sales.