A couple prostitutes a woman they met on a social networking service, and the couple sold more than 11 million yen.

TOKYO – A 33-year-old woman and her husband were arrested by the Metropolitan Police Department for forcing a woman they knew into prostitution. The woman said that she gave over 11 million yen to the couple. 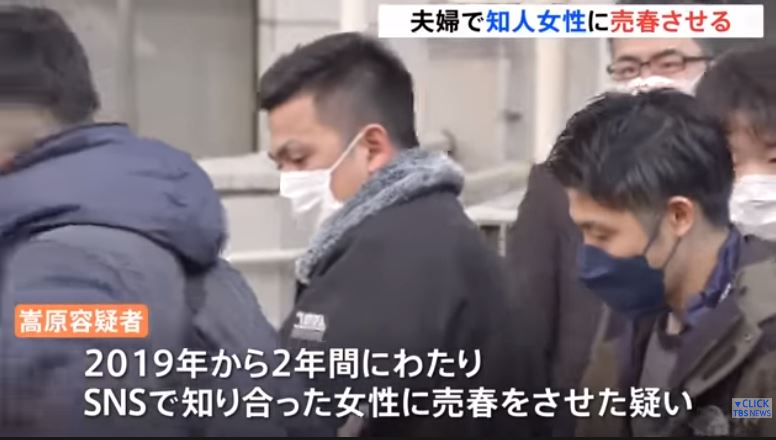 A couple prostitutes a woman they met on a social networking service, and the couple sold more than 11 million yen. (TBS News)

Yukino Takahara, 33, an unemployed woman from Itabashi Ward, Tokyo, and her husband Yuriki, 29, were arrested on suspicion of violating the Anti-Prostitution Law, and are suspected of having forced women they met on social networking sites into prostitution over a two-year period beginning in 2019.

According to the Tokyo Metropolitan Police Department, the suspect sent the woman and her 3-year-old child to live in his apartment, saying that he would take care of the child, and then demanded living expenses, etc., and told her to work in the sex industry if she did not have money, forcing her to engage in prostitution at hotels and other places.

The woman said that she gave the couple more than 11 million yen. Upon questioning, the suspect denied the charges, saying that she received the money as living expenses but did not force them to do so.