Three people were injured when a car plowed into a group of elementary school students on their way to school. 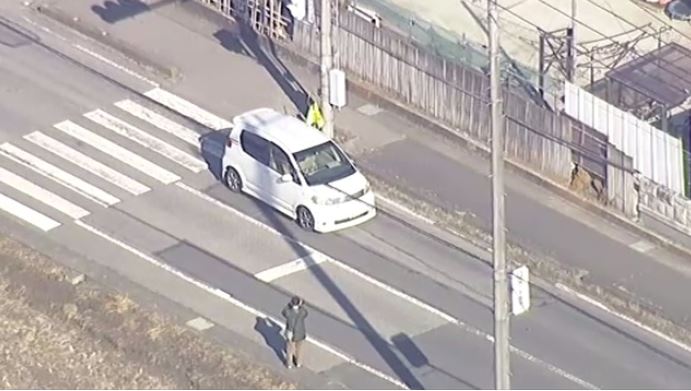 Three people were injured when a car plowed into a group of elementary school students on their way to school. (TBS News)

At around 7:30 a.m. today, a 119 caller reported “a traffic accident between a car and an elementary school student” at an intersection in Shimotawara-cho, Utsunomiya City.

According to the police, a passenger car plowed into a group of about 10 elementary school students crossing a pedestrian crossing while they were on their way to school.

Three elementary school boys and girls, ages 7 to 11, were rushed to the hospital after the accident, but they are all clearly conscious and are not believed to be in life-threatening condition.

Police arrested a man in his 40s driving a passenger car on suspicion of negligent driving. The scene was an intersection with a push-button traffic light with good visibility, and police are investigating the circumstances surrounding the accident in detail.