Suspected of burying the body of a 5-year-old boy under the floor of their home; mother and three others arrested

SAITAMA – A mother and three others were arrested in Honjo City, Saitama Prefecture, on suspicion of burying the body of a 5-year-old boy under the floor of their home. 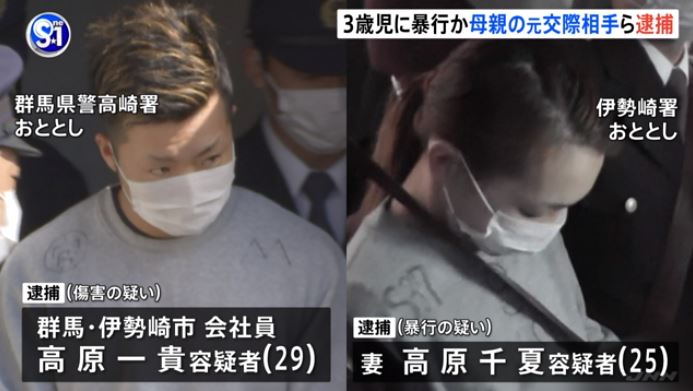 Suspected of burying the body of a 5-year-old boy under the floor of their home; mother and three others arrested (TBS News)

Arrested on suspicion of dumping the body were three suspects: Chika Kakimoto, 30, a temporary worker in Honjo City, Saitama Prefecture; Hiroki Niwa, 34, an unemployed man who lived with the suspects; and Yoko Ishii, 54.

According to the police, the three suspects are suspected of burying the body of Kakimoto’s 5-year-old son under the floor of the house around mid-January.

On the 2nd of this month, Honjo City Hall informed the police that they could not confirm the safety of a mother and her child, and when the police investigated Kakimoto’s home, they found the body of a boy.

The police are investigating the motive for the crime and the circumstances surrounding the boy’s death.