About 37,000 infected nationwide, first time in about a month and a half that the number has fallen below 40,000.

Yesterday, March 7, the number of announced cases nationwide was below 40,000 for the first time in almost a month and a half. 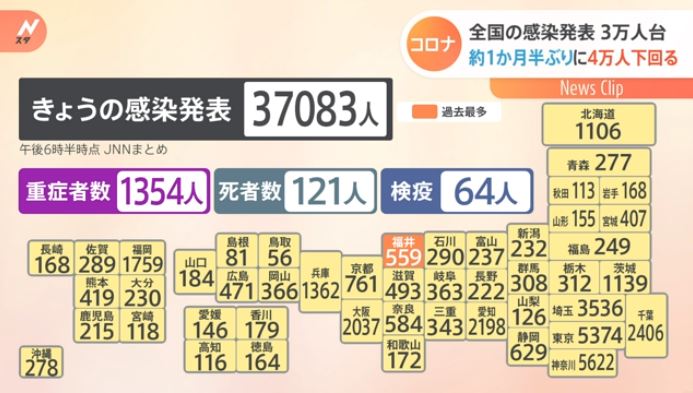 The Tokyo Metropolitan Government announced 5,374 new cases of infection. This is about 4,000 fewer than last Monday, but the weekly average is still over 10,000 per day.

On the other hand, Kanagawa had the highest number of announced infections, with 5,622 cases. Tokyo, Saitama, Chiba, Aichi, and Osaka followed.

Fukui was the only city in Japan with a record number of cases; it was the first time in almost a month and a half, since January 18, that the number of cases per day announced nationwide was below 40,000.

Of the infected hospitalized, 1,354 are in critical condition. Regarding new deaths, 121 have been announced.