OSAKA – Police arrested a 20-year-old man and two others on suspicion of robbery and murder in the fatal stabbing of a vocational school student in Neyagawa, Osaka Prefecture. 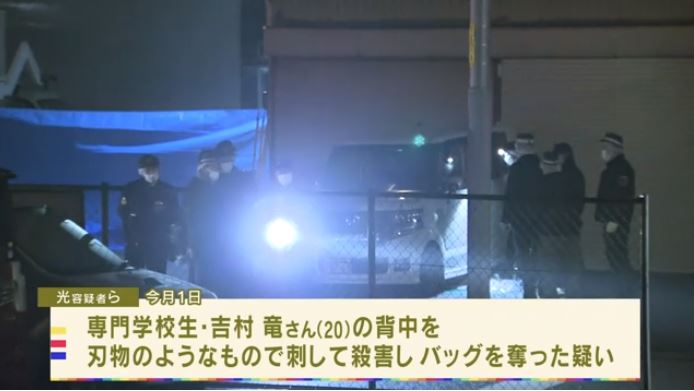 The three suspects, including Ryoto Hikari, 20, a self-proclaimed artist arrested on suspicion of robbery-murder, allegedly stabbed Ryu Yoshimura, 20, a vocational school student, in the back with a blade-like object to kill him and took his bag in Neyagawa City, Osaka Prefecture.

When questioned by the police, Hikaru denied his intention to kill, saying that he did not intend to kill.

Yoshimura’s smartphone contained a record of his communication with Hikaru and the other suspects regarding the sale of marijuana until just before the incident, and the police are investigating the matter on the belief that there was a problem between him and the suspects.