SHIZUOKA – Last night, the bodies of an elderly couple and their grandson were found in a house in Naka-ku, Hamamatsu City. 3 people were found dead, all with external injuries, and the police are investigating the case as a murder case, as they believe there was a family dispute. 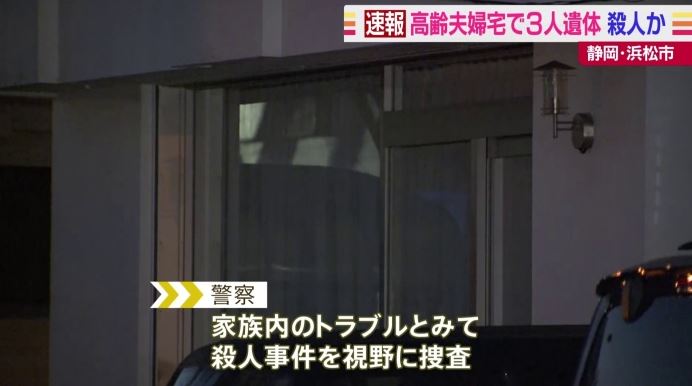 At around 9 p.m. yesterday, three bodies were found in a house in Sanarudai, Naka-ku, Hamamatsu City: Takeshi Urayama, 79, his wife Hideko, 76, and their grandson Kento Yamada, 26, who lived in this house.

A relative of Mr. Urayama reported to the police that there was a family dispute, and when officers arrived at the scene, they found three people dead inside the house. All of the bodies had external injuries and there were signs of a struggle.

The police are investigating the case with a view to murder, as they believe there was trouble within the family.