More than 63,000 new cases of the new coronavirus were announced nationwide on March 9. 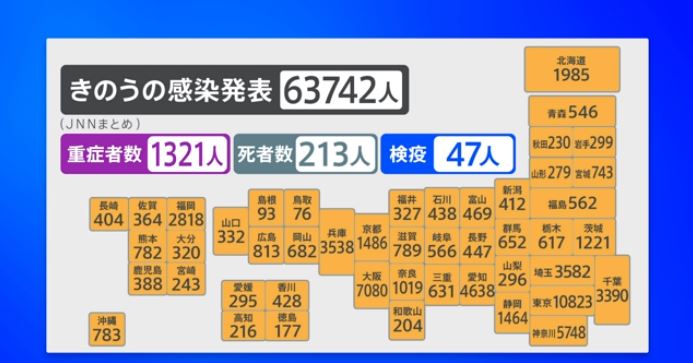 The Tokyo Metropolitan Government announced the number of newly infected cases on March 9 at 10,823.

This was a decrease of 1,870 compared to last week and the sixth consecutive day below the same day of the previous week.

A total of 63,742 cases were announced nationwide.

After Tokyo, Osaka has the second largest number of 7,080, followed by Kanagawa, Aichi, and Saitama.

The number of seriously ill people hospitalized nationwide decreased by 27 to 1,321, and the number of new deaths announced was 213.