CHIBA – A man was arrested for driving a car while intoxicated and hitting a 21-year-old woman riding a bicycle. The woman later died. 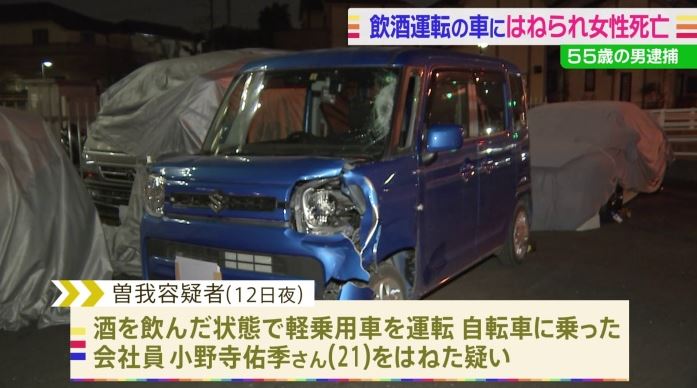 The suspect, Soga, is suspected of driving a car on a street in Matsudo City around 10:30 p.m. yesterday (March 12) and hitting 21-year-old Yuki Onodera, a company employee riding a bicycle, despite the fact that he was under the influence of alcohol and in a state where normal driving is difficult.

Onodera was rushed to the hospital, where he was pronounced dead today (13th).

According to the police, the suspect Soga hit Onodera’s bicycle from behind, which was running in front of him on the same roadway.

The suspect, Soga, admitted to the charge that he “definitely caused the accident after drinking alcohol,” and stated that he thought he was looking ahead but did not notice the bicyclist.