An elementary school boy was hit by a train and died in Kawagoe City, Saitama.

SAITAMA – An 11-year-old boy was struck and killed by a train in Kawagoe City, Saitama Prefecture. 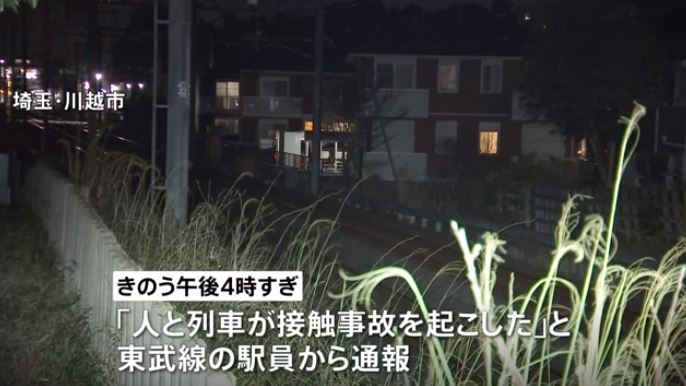 An elementary school boy was hit by a train and died in Kawagoe City, Saitama. (TBS News)

Shortly after 4:00 p.m. on March 12, a station employee of the Tobu Line reported that a person and a train had collided in Amanuma-shinden, Kawagoe City, Saitama Prefecture.

According to the police, the person hit was an 11-year-old boy, an elementary school student living in Kawagoe City, who was transported to the hospital but died about 2:30 p.m.

The train driver told police that the boy was standing alone on the side of the tracks. According to the police, the Tobu Tojo Line tracks where the boy was found had no fence or anything to prevent him from entering. The police are investigating the circumstances of the accident.