32,471 cases of corona infection in Japan announced; Tokyo falls below 5,000 for the first time in 2 months

32,471 new cases of the new coronavirus were announced today nationwide. 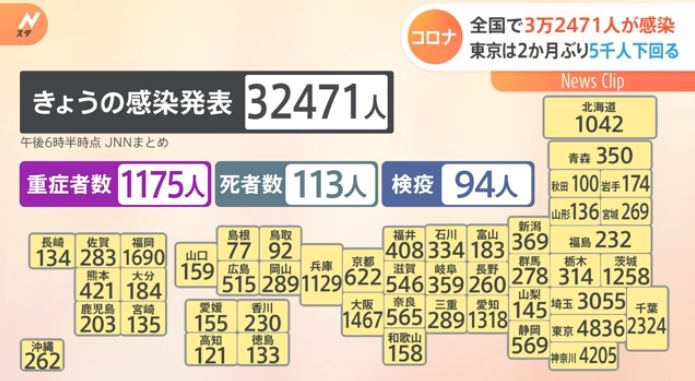 By prefecture, Kanagawa had the second highest number of cases after Tokyo, with 4,205 cases, followed by Saitama, Chiba, and Fukuoka.

The number of severely infected people hospitalized nationwide remains unchanged from yesterday at 1,175, and 113 new deaths have been announced.