TOCHIGI – The body of a woman in her 50s was found in a prefectural housing complex in Tochigi Prefecture. Police arrested the woman’s daughter, who lived with her, for attempting to leave the country using the woman’s passport, and are investigating how the woman died. 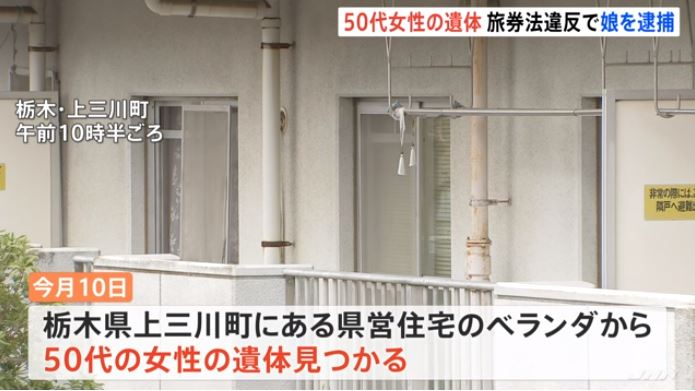 According to the police, on the 10th of this month, the body of a woman in her 50s was found on the balcony of a room in a prefectural housing complex in Kamimikawa, Tochigi Prefecture.

The head of the body had multiple wounds as if it had been cut by a knife. The woman lived with her daughter in her 20s, who was arrested earlier this month on suspicion of violating the Passport Act by using the woman’s passport to leave the country.