More than 57,000 new cases of the new coronavirus have been announced nationwide today. 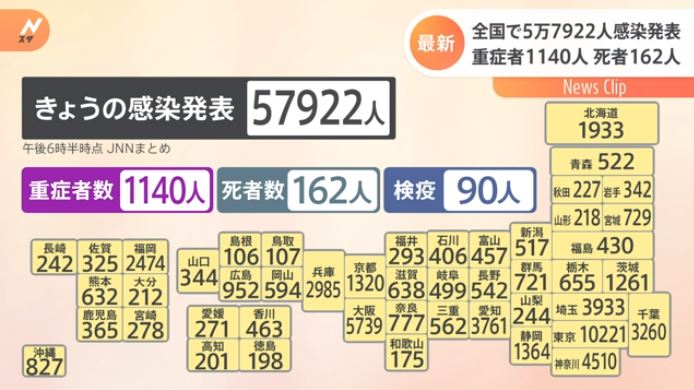 The Tokyo Metropolitan Government announced today that 10,221 people were newly infected. The average number of new cases per day over the past seven days was 8,390, about 86% of the number a week ago, and showing a downward trend.

In Osaka Prefecture, 5,739 cases were confirmed today, the second highest number after Tokyo, among the municipalities under the “priority measures to prevent the spread of disease,” which are expected to be fully lifted in 21 days. In Saitama Prefecture, 3,933 cases were reported, 351 more than the same day of the previous week.

There are 1,140 seriously ill people hospitalized nationwide, and 162 deaths have been reported.