TOKYO – The Tokyo Metropolitan Police Department has arrested a cab driver in connection with a hit-and-run that killed a 48-year-old man on a street in Shinjuku, Tokyo, on the morning of March 16. 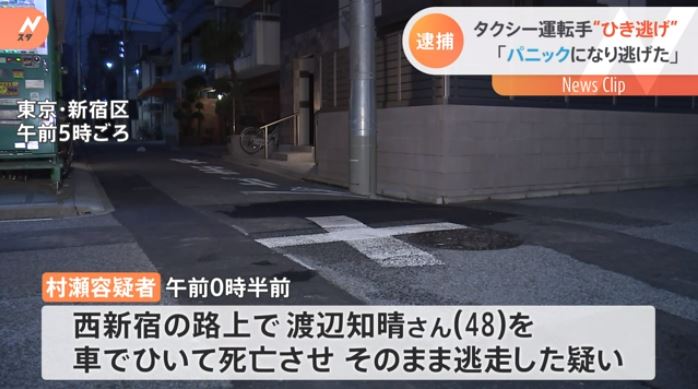 Tadashi Murase, 47, a cab driver, was arrested on suspicion of hit-and-run, etc. He is suspected of running over and killing Tomoharu Watanabe, 48, a nearby resident whose occupation is unknown, on a street in Nishi-Shinjuku, Shinjuku-ku, at 0:30 a.m. yesterday and then running away.

According to the Metropolitan Police Department, Watanabe was lying on his face with blood pouring from his head, and there were car tire marks on his pants.

During questioning, Murase admitted to the charges, saying, “I got out of the car when my tire went over something, and when I checked the back of the car, I saw a person” and “I panicked and ran away.

The site is in a residential area near a group of high-rise buildings in Nishi-Shinjuku.