4th grade student, got hit by a car in Kanagawa, in a critical state!

KANAGAWA – On the morning of March 15, a fourth-grade girl was hit by a passenger car at a crossroads intersection in Samukawa, Kanagawa Prefecture. The girl suffered injuries to her face and legs, and the police caught the driver on the scene. 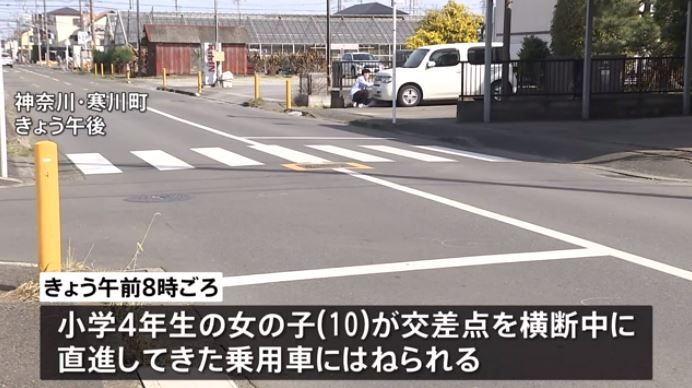 4th grade student, got hit by a car in Kanagawa, in a critical state! (TBS News)

At around 8:00 a.m., a fourth-grade girl (10) was crossing an intersection on her way to school in Samukawa-machi, Kanagawa Prefecture, when she was hit by a passenger car proceeding straight ahead.

The girl was seriously injured, breaking her right leg and receiving several stitches on her face. The police arrested Hitomi Ishihara, 44, an office worker, on suspicion of negligent driving.

According to the police, Ishihara called 119 on his way to work. Upon questioning, Ishihara admitted to the charges, saying, “I am sure that I hit a person on foot and injured her.”

The police are investigating the cause of the accident based on records from the drive recorder of the passenger car.