More than 27,000 people infected with corona in Japan.

Of the 18 prefectures where “measures to prevent the spread of the virus” will be lifted, four prefectures, including Osaka, have announced more new cases of infection than last Monday. 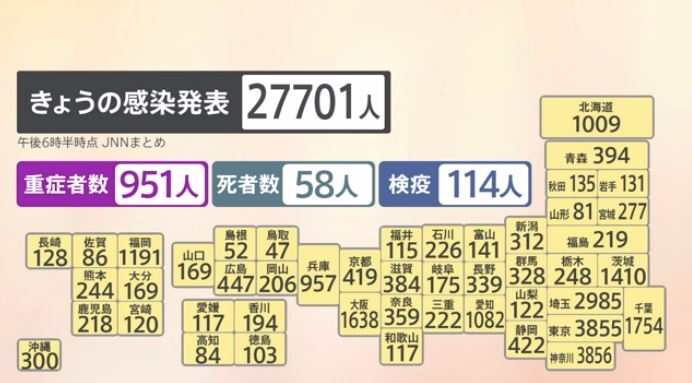 More than 27,000 people infected with corona in Japan. (JNN)

The largest number was 3856 in Kanagawa. Of the 18 prefectures where “measures to prevent the spread of the disease” will be lifted today, Osaka, Ibaraki, Gunma, and Aomori have announced more new cases than last Monday.

As for new deaths, 58 have been announced.