Netflix Japan Corporation is reported by the Tokyo Regional Taxation Bureau to have failed to declare 1.2 billion yen.

The Japanese subsidiary of Netflix, a video distribution service with over 5 million members in Japan, was found by the Tokyo Regional Taxation Bureau to have failed to declare approximately 1.2 billion yen. 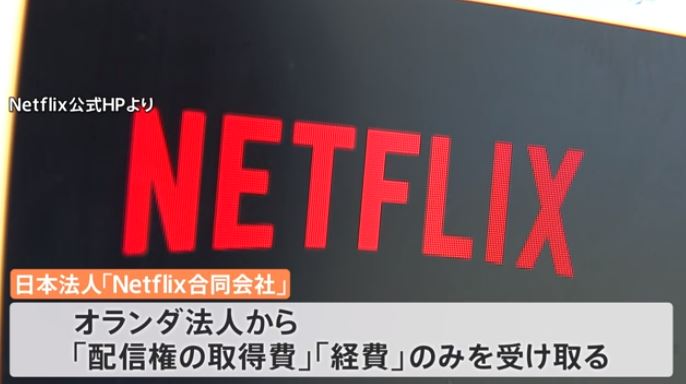 Netflix Japan Corporation is reported by the Tokyo Regional Taxation Bureau to have failed to declare 1.2 billion yen. (TBS News)

According to the source, the Japanese subsidiary “Netflix, LLC” is in charge of call centers for members and contracts with production companies involved in movies and animation.

The Japanese corporation purchased the rights to distribute movies and other materials from several production companies, but received only “acquisition costs of distribution rights” and “expenses” from the Dutch corporation that provides video distribution services.

The amount of additional corporate and other taxes, including additional tax on underreported income, is estimated to be approximately 300 million yen, and the Japanese corporation commented that it had discussed the matter with the national tax authorities and filed an amended tax return.