TOKYO – The Metropolitan Police Department announced that it had mistakenly arrested a Vietnamese man for an assault in Ikebukuro, Tokyo, based on uncertain eyewitness testimony. 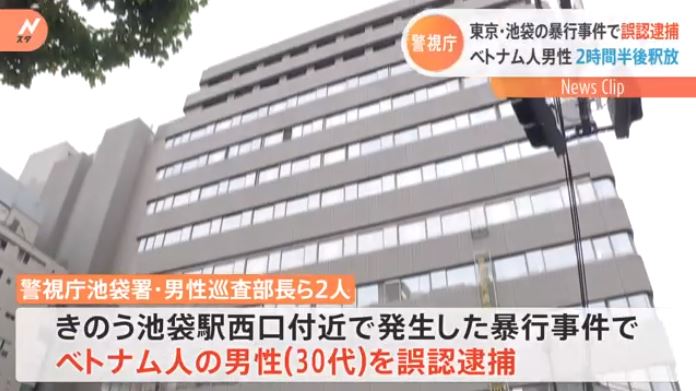 A male sergeant and an officer from the Ikebukuro Police Station of the Tokyo Metropolitan Police Department mistakenly arrested a Vietnamese man for assaulting a man on a street near the west exit of Ikebukuro Station, Tokyo, just before 9 p.m. on March 20.

According to the Metropolitan Police Department, the sergeant and others arrested the man based on eyewitness testimony from the victims.

It was nighttime, so it was difficult to see the surroundings, and eyewitness testimony was uncertain.