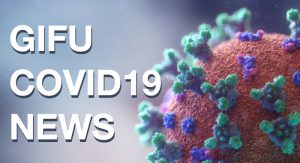 According to the prefecture, two of the four, a man and a woman in their 50s, stayed in the Philippines and returned to Japan between the end of February and the beginning of March. They were not tested positive for the infection at the airport, but were later confirmed in the prefecture.

Two men in their twenties and thirties, who were related to the man in his fifties, were also confirmed to be positive for the mutated strain, and all four were found out through additional testing by the prefecture. The National Institute of Infectious Diseases (NIID) will conduct genetic analysis to determine the type of the strain. The total number of people tested for the mutated strain by the prefecture is 152.

On the 17th, the prefectural government and Gifu City announced that a total of eight people were infected with the new coronavirus in three cities and towns, and that a woman in her 70s in Ibigawa-cho, Ibi-gun, who had been hospitalized, had died. The total number of infected people in the prefecture is 4,698, and the number of deaths is 119.

At the Kakamigahara City Fire Department, a total of seven people, including five firefighters and two family members of the firefighters, were newly confirmed as infected and identified as a cluster (group of infected people).

As of the 16th, there were 57 hospitalized patients, and the hospital bed utilization rate was 8.2%. This was a decrease of 0.3 points from the previous day. The number of people admitted to overnight care facilities was zero.