BEIJING – The Chinese virology institute in the city where the first case of COVID-19 appeared had three live strains of bat coronavirus on the site, but none matched the new contagion caused chaos worldwide, according to its director. 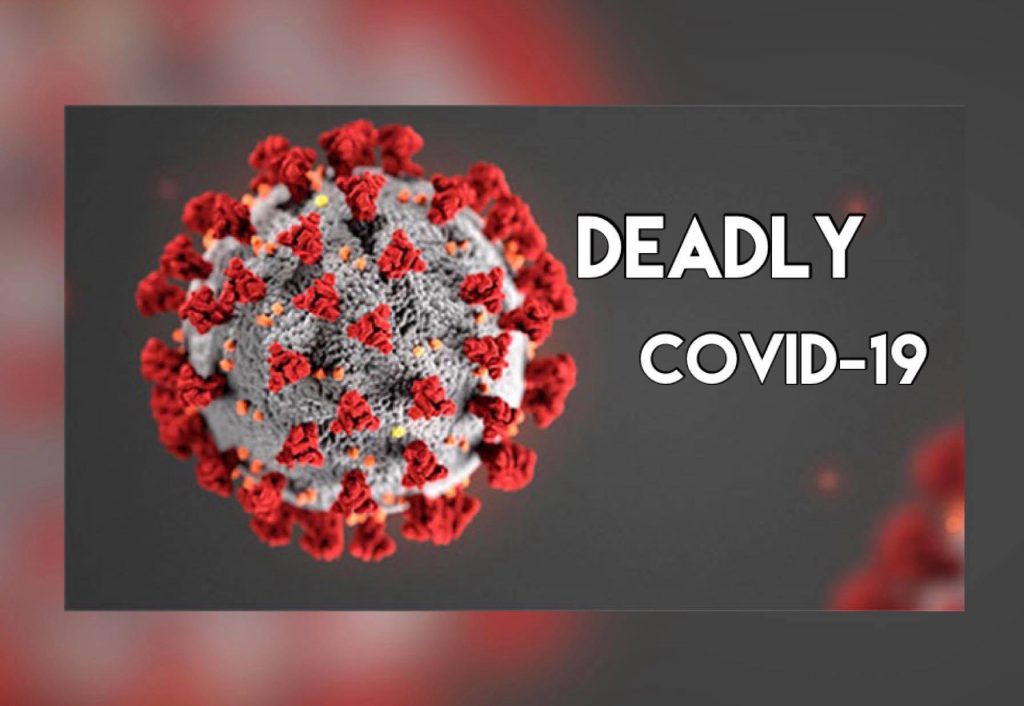 According to scientists, COVID-19 – which first emerged in Wuhan and killed nearly 340,000 people worldwide – came from bats and could be transmitted to humans through another mammal.

But the director of the Wuhan Institute of Virology told state broadcaster CGTN that the claims made by President Donald Trump and others that the virus could have leaked from the facility was “pure fabrication”.

In an interview filmed on May 13, but broadcast on Saturday night, Wang Yanyi said the center had “isolated and obtained several coronaviruses from the bats.”

“Today we have three strains of live viruses … But their highest similarity to SARS-CoV-2 is only 79.8 percent,” he said, referring to the coronavirus strain that causes COVID-19.
One of their research teams, led by Professor Shi Zhengli, has been researching bat coronaviruses since 2004 and focusing on “source tracing of SARS”, the strain behind another virus outbreak nearly two decades ago.

“We know that the whole genome of SARS-CoV-2 is only 80 percent similar to SARS. It’s an obvious difference,” he said. “Thus, in the previous research by Professor Shi, they did not pay attention to such viruses that are less similar to the SARS virus.”

We hear speculations that the biosafety lab is related to the virus, which had been circulating online for months before Trump and Secretary of State Mike Pompeo brought the theory to the mainstream by claiming that they have evidence that the pathogen originated in the institute.

The lab said it received samples of the unknown virus on December 30, identified the virus genome sequence on January 2 and submitted pathogen information to the WHO on January 11.

Wang said in an interview that before receiving samples in December, their research team had not “encountered, researched or kept the virus in the laboratory.” “In fact, like everyone else, we don’t know the virus exists,” he said. “How could it have leaked from our lab without our own sample of the virus.”

The World Health Organization says Washington has not provided evidence to support these “speculations.”

In an interview with Scientific American, Shi said the SARS-CoV-2 genome sequence did not match any of the bat coronaviruses previously collected and studied by his laboratory.

Local police chief in Japan ticketed for off-duty driving impropriety! The head of the Fukui Prefectural Police in central Japan received a traffic ticket for making an illegal right turn while off duty in May, the police said Monday.

Mother suspected of killing son by wrapping him with futon A 31-year-old woman was arrested Wednesday for allegedly killing her two-year-old son by wrapping a Japanese-style mattress called futon around him at their home in Tokyo, police said.

Here are some 'Traits of a Good Marriage' Here is a summary of each of those characteristics.

Practical ways to save money! You can stop the cycle of living paycheck to paycheck with a simple secret: Make a zero-based budget before the month begins.

Alligator in Japan zoo pond swallowed hundreds of tossed coins NAGOYA - More than 330 coins were found in the stomach of a dead alligator at the Nagoya zoo in May, which apparently consumed it for decades from guests who were visiting here throwing coins at the lake to fulfill their request.

Typhoon Mitag is expected to bring heavy rain on Western Japan The agency called on the public to be alert to the possibility of landslides, flooding, storm surge, high tides and lightning.

Consumption tax in Japan, raised to 10% Many are in a hurry to buy stock items before the tax hike hits.

Top 5 Dangers of Online Dating Looking for love in the virtual space comes with its risks.

Tokyo 2020 Olympic medals is finally unveiled The design is simple, but the curves in various angles make the medals three-dimensional and look shiny from any direction.

3 ways you can stay friends with your ex There's always a chance you might be able to turn that failed relationship into something positive. Here are some.

What Would We Do if Facebook Shut Down? Can we live without facebook? Will you find your life the same? or else you'll feel that as if there's something missing? Keep reading!

Advantages and Disadvantages of Mobile Phones We know, everyone aware about it but in case you forgot, let us remind you!

What are the benefits of lemon water in your body? Is it good to drink water with lemon?

How does excessive use of cellphone affect your health Are you aware of this? If YES, then you ahave to save yourself now.

Here Are The Facts: cell phone addiction is real! Do you consider your self an 'addict'?

How Phone Dependence Can Negatively Impact Our Life Research and studies found that a phone usage dependence can impact both physical and mental health attributes of your daily life.

Some tips on how to protect your smartphones from being hacked Never let a hacker get in! Here are some ideas to prevent your phone from hacking.

5 Battery Saving Tips It's sure that everyone wishes for a long battery life! Here are the 5 tips to make it happen!

10 surprising facts about cell phones How many of these cell phones facts do you actually know?

For those who haven't transfered yet to au, a Big Cashback Event will be held on November 23, 24 and 25 au Shop Yatomi Ichigousen Big Cashback Promo

Local police chief in Japan ticketed for off-duty driving impropriety! The head of the Fukui Prefectural Police in central Japan received a traffic ticket for making an illegal right turn while off duty in May, the police said Monday.

Mother suspected of killing son by wrapping him with futon A 31-year-old woman was arrested Wednesday for allegedly killing her two-year-old son by wrapping a Japanese-style mattress called futon around him at their home in Tokyo, police said.